Backpacking In The Sleeping Bear Dunes 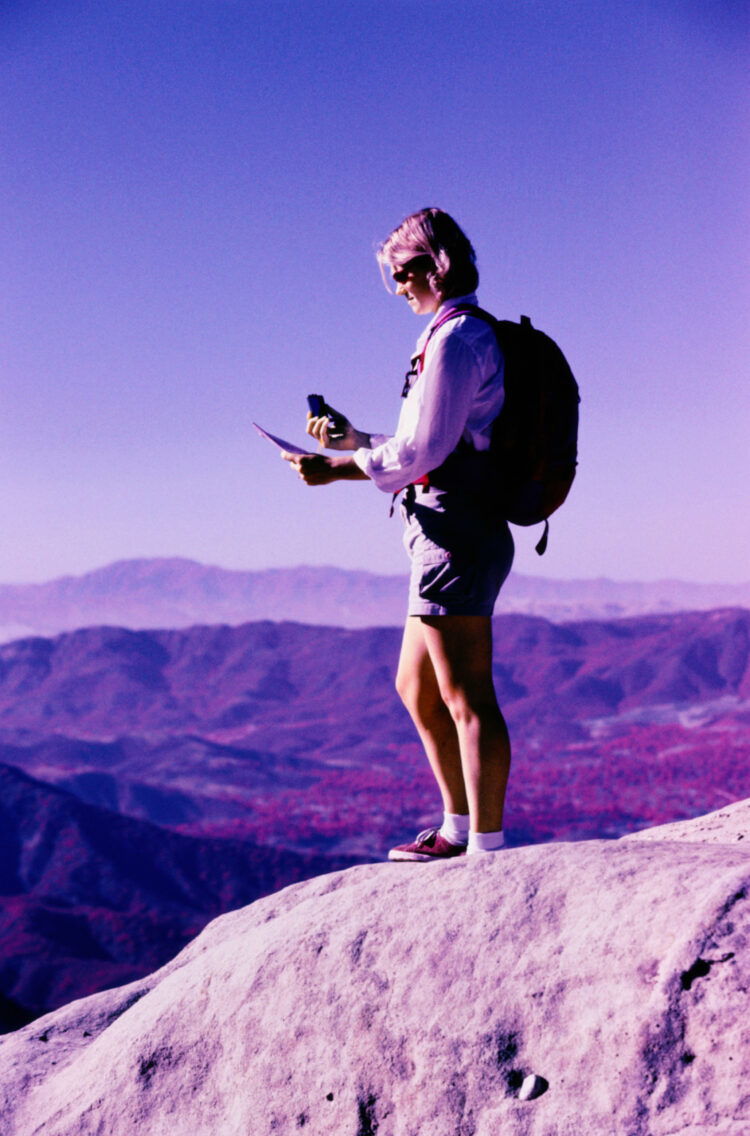 I was backpacking in the Sleeping Bear Dunes. It was March, so when I made it through the woods and over the dunes, I”d have miles of beach to myself. It was an over-nighter, a chance to test new ultralight backpacking equipment. I hiked the wooded hills quickly, enjoying the cold air.
Halfway through the forest, I stopped to cook noodles. The cheap 3-ounce pot was from a dollar store, and it worked fine. I was happy, because from the catalog descriptions, the expensive titanium pots are all heavier, probably because they”re too thick and with too many gadgets.
I had to use a small twig-fire when my homemade alcohol stove didn”t provide enough heat. I later learned that isopropyl alcohol doesn”t burn as hot as the alcohol used for a gas additive, but the twigs worked in any case.
Backpacking On The Beach
After eating, I hiked to Lake Michigan, and sat up on a large sand dune. I watched the waves push ice up onto the empty beach. Coyotes began to howl in the distance, and the clouds rolled in. I was on the beach looking for petoskey stones when the snow began. Backpacking in March has its risks.
I was in running shoes, and it would be below freezing that night. In northern Michigan, March is definitely part of winter. My feet stayed warm while I hiked, but I hadn”t planned on them getting wet. At least I had a pair of warm, dry socks for sleeping.
Ultralight Backpacking Equipment
It was the first time I used my GoLite Breeze backpack, which weighed only 13 ounces. I was hiking with about nine pounds on my back, and that only because I threw in some canned food. I was going light, but I knew the forests here and felt comfortable with my abilities.
My down sleeping bag was a 17-ounce Western Mountaineering HighLite. It was the first time I would use it below freezing (It hit 25 degrees fahrenheit that night). Fortunately, it wasn”t too windy.
At the edge of the forest, behind the dunes, I set up my small tarp. I piled pine needles and dead bracken ferns under it, finishing just as it became dark. This made a warm mattress, and I slept well, listening to the coyotes, and to the waves pushing ice around in the lake.
In the morning I was happy to see only a dusting of snow. My one-pound sleeping bag had been warmer than my three-pounder – and I thought that was light. I poured alcohol in the cut-off bottom of a pepsi can (my 1/2-ounce backpacking stove) and made tea. After some crackers I was soon hiking in my mostly-dry shoes, along the Lake Michigan shoreline.
Backpacking Lessons Learned
I ended my trip that afternoon, with a hike to the village of Empire, seven miles away. I was mostly satisfied. Only two problems: My tarp was too small, and the alcohol I brought was the wrong type.
After backpacking in Michigan for years, I know it well. I know where to find dead grass and bracken ferns, for example, to make a warm mattress in a few minutes. Knowledge, obviously, can be as valuable as expensive backpacking gear.

The Need For Speed In Soccer