Enhance Your Creativity with Brainwave Modulation 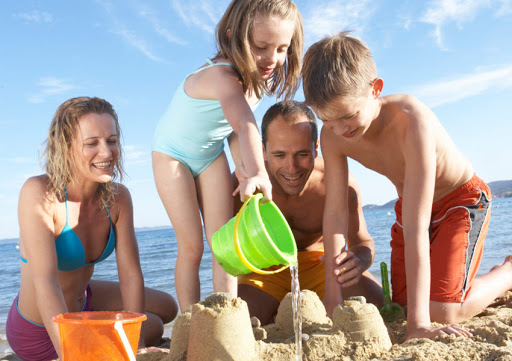 The brain normally operates at different frequencies, depending on the type of mental activity involved. These frequencies are divided into four main types of brainwave patterns:
? Beta waves (between 13-40 HZ) are associated with peak concentration, heightened alertness and visual acuity.
? Alpha waves (between 7-12 HZ) are associated with deep relaxation and are considered the gateway to our creativity
? Theta waves (between 4-7 HZ) are associated with the twilight state that we experience fleetingly as we drift off to sleep and are strongly linked with creativity and intuition.
? Delta waves (between 0-4 HZ.) are associated with deep sleep.
As we slow the brainwave patterns from beta to alpha to theta to delta, there is a corresponding increase in balance or synchronization between the two hemispheres of the brain. Scientists have noted that these slower brainwave patterns are accompanied by deep tranquillity, flashes of creative insight, euphoria, intensely focused attention, and enhanced learning abilities.
Several audio programs are available that make it easy to control brainwave activity. The programs work by using a series of tones at precise frequencies to induce the desired brainwave activity. The tones are masked by soothing classical music or natural rainfall sounds. Many of these programs use a binaural beat where different frequencies are delivered to each ear. When listened to using headphones, the two hemispheres of the brain work together to integrate the two sounds & guide the brain into specific frequency patterns.
These synchronized brainwaves have long been associated with meditative states. The reason that binaural beats work to induce these states of consciousness has to do with the physiology of the brain. Each hemisphere of the brain has its own sound-processing center that receives signals from each ear. When a binaural beat is presented to both ears, it causes an increase in the communication between the two hemispheres until the brain synchronizes the different frequencies into one.
Binaural beats that are embedded in music or background sounds can be used to enhance creativity and intuition as well as for related applications such as promoting relaxation, meditation, stress reduction, super learning, telepathy, out-of-body experience and lucid dreaming. The binaural beats can also be used with positive affirmations and visualization techniques to increase their effect.
The response to binaural beat stimulation may differ between people. For instance, its effectiveness can depend on the persons ability to relax and focus their attention. However, this resistance can often be overcome by practices such as humming, breathing exercises, and biofeedback techniques.
A highly regarded binaural beat program is the Insight CD which provides great value at approximately $35 for the basic program (compared to hundreds of dollars for some other programs). An even better value is the combined Insight CD and Focus 2-CD set for about $48. The additional Focus CDs promote different brainwave activity levels for different applications such as brainstorming, working on the computer or exercising in order to enhance concentration, clarity and problem-solving skills.
http://www.creativityboosters.com

The Amazing Success Secret Anyone Can Start Using Today

How You Developed Bad Habits That Rob You Of Motivation

Back to School is an Opportune Time to Set Your Own Goals Too!

5 Facts You Must Know When Chaning Careers