The 7 Laws of Football Quarterbacking 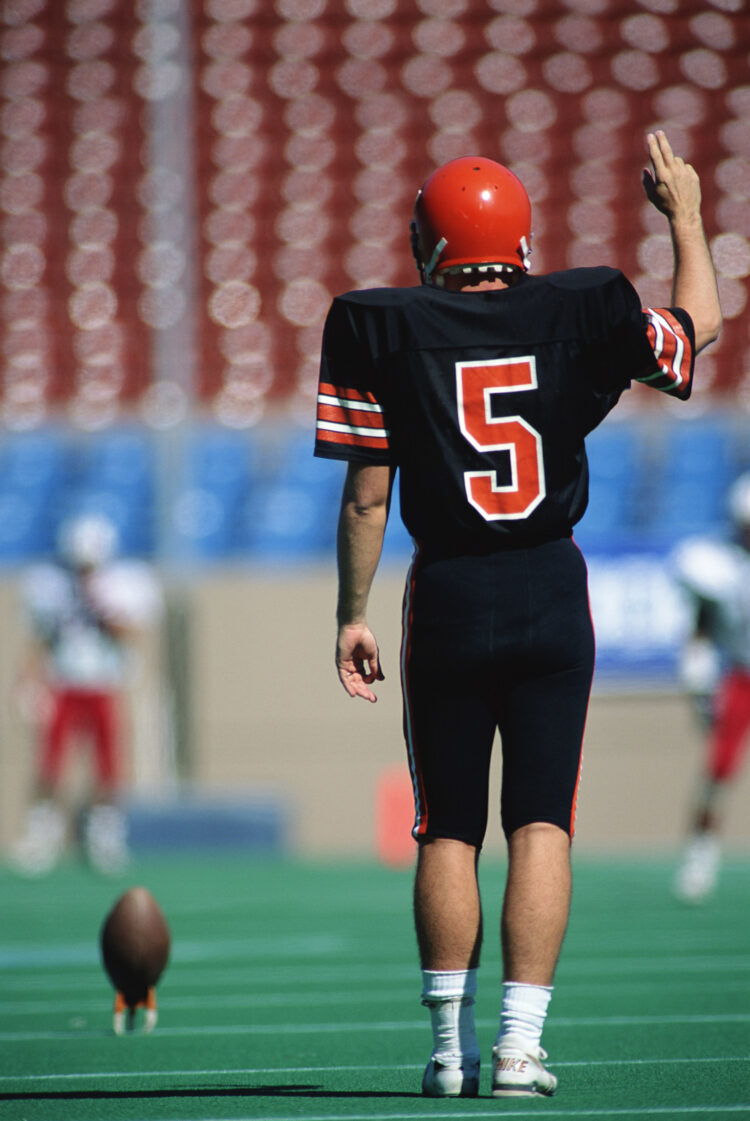 In all of my research, over a period of several years, the finest information I have ever read on quarterback leadership came from my friend Frank Carideo. The purpose of this information was to outline the process by which a quarterback was trained at Notre Dame, under coach Knute Rockne. This course of quarterbacking was as exacting in many respects as any collegiate course.
Coach Rockne had seven cardinal principles of quarterbacking that were preached over and over again.
1. A Quarterback must maintain a cocky air at all times.
a. You want your Quarterback to show other teams that he knows what he is going to do next—there isn”t a bit of doubt in his mind about what he is going to do on the next play.
b. You want his facial expressions to indicate to your team and your opponents” team that he not only knows what he is going to do next, but that he is going to do it successfully, for all that they can do to stop him.
c. Be sure he understands that this is just an air. It is a role he is playing. It isn”t himself that you want to be cocky; it is the Quarterback. You don”t want your boys to be too cocky. There is a limit, and he must know it.
He might offend the members of his own team. His job is to irritate the members of the other team, not his own. You want that cocky air at all times—and on the practice field is one of the times.
2. You want a Quarterback with a clear, staccato voice. You want a voice that is forceful and decisive. You want it to be heard and to be understood when it is heard. You want it to be recognized by your own team as the command of one who is about to lead his army somewhere to a definite objective. You want it to be recognized by the enemy as the voice of one who is going to reach that objective with his army, no matter what might be done by anyone to stop it.
3. This third law is a variation of the first. You want your Quarterback to know what he is going to do next and to do it. You don”t want him to show at any time, at any time whatever, that he is in doubt about his next move. And, you don”t want him to show that he is worried or communicate any such feeling to his team. Stress this point—though we are beaten—and at times badly—we will never become demoralized.
4. The fourth law of generalship is a vital one: Observation, at all times, of the defensive alignment of the opposition. Have him observe at all times and ask himself the question: Who made the tackle? Also those that were not in on the tackles. Try to observe any glaring weakness in the defensive line or in the secondary. Especially on passes. Illustration on a charging half back and shooting line backer.
5. Choice of plays. Remember what plays have been going successfully and, of equal importance, those that have failed to gain ground. If plays gain ground they should be used until the defense shifts about to meet them. Then it will be time to resort to other plays. There is no law against returning to the successful plays later on if conditions warrant.
6. The sixth law comes into the field of generalship and strategy. At all times the Quarterback must keep his plays in sequence order. Some plays are to be used as checks, others as feelers. At times it may be necessary to sacrifice a play to make those that are to follow successful. This, of course, necessitates a quarterback”s looking a long way ahead.
7. The seventh and last law is one of precaution. Whenever in doubt, your Quarterback should do one of two things. The most natural is to kick. The other is to call time out and ask the linemen for information regarding the alignment and characteristics of the defensive linemen. More often you will punt when in doubt. Punting is almost always the safe procedure.