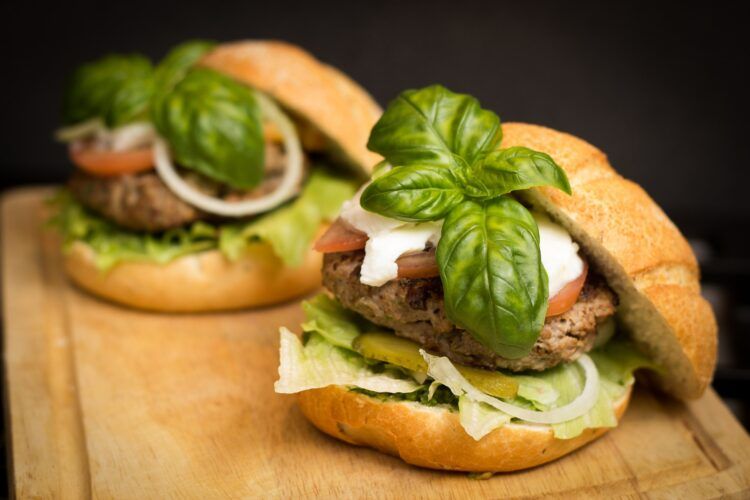 Merlots have soared in popularity in the last decade. Merlot is the most widely planted grape in the Bordeaux wine region in France, and it is also quite widely planted in wine regions in the United States, particularly in California. In California, there were only 2000 acres of Merlot in 1985, over the years, this has grown to 50,000 acres in 2003.
While Merlots are quite often softer and more lush than Cabernet Sauvignon, they are still often full-bodied, deep in color, and fairly high in alcohol with flavors of cherry, plum and chocolate. Merlot matures in the bottle earlier than Cabernet Sauvignon, so Merlots are generally held in higher esteem by wine drinkers than by wine collectors. Merlot is also commonly blended with Cabernet Sauvignon, to soften the Cabernet, and create a more complex wine.
When serving Merlot, it should be slightly below room temperature. Place it in the refrigerator for 15-20 minutes before serving, to bring it to the correct serving temperature. Merlot pairs well with many foods, including red meat, pork, poultry, and pasta.
Over the years, where Merlot used to be utilized in blending with other wines, more and more, it is beginning to be appreciated on it”s own.

What wine really is (just in case you thought you knew)