Will Science Get Closer To God Than Religion Has 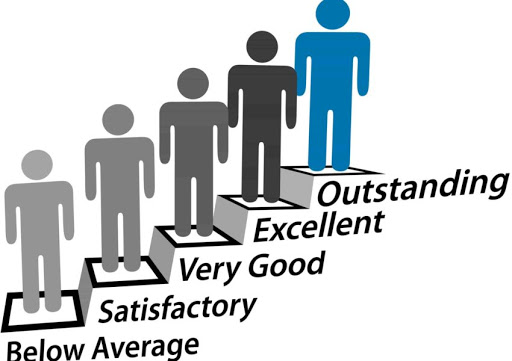 A subject of debate for thousands of years, spirituality will no doubt spark much debate for another thousand years. That is how it should be. Once spirituality becomes 100% defined by 100% of the human population, then uniformity and rigid boundaries take over. Should that ever occur, then there is no spirituality, for spirituality cannot be locked in a box and confined within its walls.

The exception to that view would come if individual human beings eventually became absorbed within a collective consciousness and sub-consciousness; a bodiless existence, where all knew 100% and there was no need to define. What would be the point of defining when everyone knows?

That will not happen within a thousand years. It could be, though, that within a thousand years, science will move closer to God than any religion ever has. Once science accepts that it is naive in understanding the human mind, the universe, and life itself, then it may move forward at a greater pace than it has over recent centuries.

Metaphysics and quantum physics may then assume their rightful position of prominence in the human scientific world. Thereafter, science may move towards better understanding the universe, or universes, and the way they relate to each other and the human subconscious.

Such a transformation in scientific attitude could happen at any time: the next decade, the next century, the next millennium. The first step is to show humility and accept the fact we are ignorant. I am not a scientist, and have no wish to be. I am not an expert on the human brain either. But I do have common sense, and humility, against a backdrop of a stunningly beautiful, and intricate, natural world. Everything around us, if you make the time to look, is a miracle, which we do not really understand beyond scratching the surface of knowledge.

Twenty years ago, anybody who said there may be life on other planets was considered as some kind of mental case, locked in a fantasy world where Captain Kirk ruled. Such a view was, to my mind, an ignorant one. The universe is so vast, and we knew so little about our little corner, how could we say there was no life on another planet? It was just a plain silly belief that there was no such extraterrestrial life, but it was the scientific norm. It was arrogance mixed with ignorance, with neither being acknowledged by the scientists of the time. Those who spoke of life on other planets were ridiculed, while science wallowed in an “holier than thou” mire of ignorance.

Now, science has shifted in its “belief”, accepting that the sheer volume of planets in the universe, billions and billions of them, means that other life is inevitable. We are ignorant of what’s on those planets, but the scientific consensus now is that there must be life elsewhere. Well, I could have told them that 20 years ago, not because I had knowledge, but because I accepted that I was ignorant, and had common sense and perspective. Also, maybe, I allowed my spirituality to flow unfettered, to tell me in no uncertain terms: there must be life on other planets. To me it was never a question of “if”. I knew. It was not clever. I had no proof. But, I knew.

Could such a shift happen in the views of science on spirituality itself? Could scientists attitudes change just as rapidly as they did with the life on another planet debate? After all, nothing much new has been discovered about life on other planets. Proven volumes of planets in existence has increased, but common sense, applied to what existing knowledge there was, could have achieved that end 20 years ago.

When it comes to spirituality, I accept that I am ignorant, at least in the eyes of a scientist. But I am open. I am also aware of perspective, and again apply common sense. It is a simple fact that we know practically nothing about the human brain, and we use such a tiny portion of it. The rest of the brain would not be there if it did not have a use. While science has devoted extreme effort to computers, other high technology, weapons and dangerous drugs, that vast capacity of human potential is left untapped.

Why has science not concentrated on learning about the human brain and how to use it? Each one of us is far more powerful than the fastest and biggest computer. Maybe such a shift will take place in this century, and focus will be on the true potential of the human mind, the collective subconscious, and the truth about the universe.

Roy Thomsitt is owner and part author of the self improvement website:

Managing People – Why Is It So Difficult