Variations in frequency of concomitant prescriptions of coumarine anticoagulants and NSAIDs 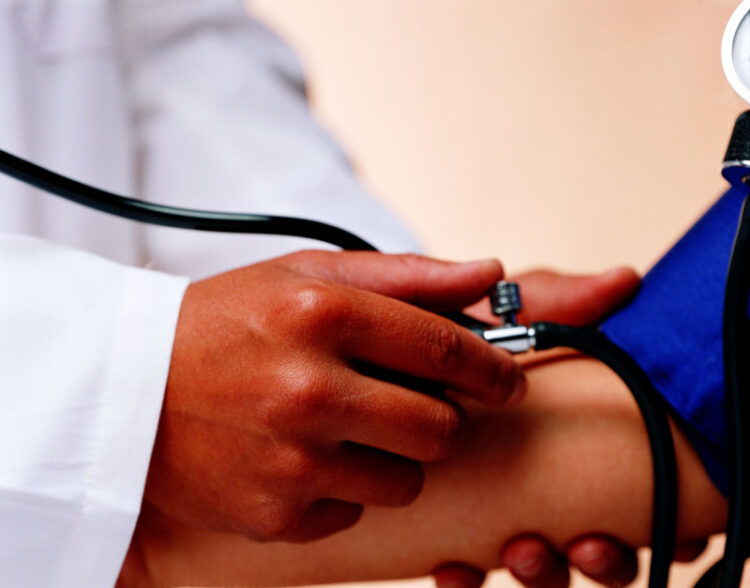 In their population based retrospective cohort study Hudson et al.(1) aimed to compare the risk of death and recurrent congestive heart failure (CHF) in patients over 65 years old with a history of CHF who were given one or more prescription for celecoxib, rofecoxib, or any non- selective non-steroidal anti-inflammatory drug (NSAID). We were surprised that about one-third of patients in each study group used warfarin before the first prescription of a study drug. We consider this frequency to be extremely high in the light of compelling evidence that the combination of a NSAID and warfarin can dramatically increase bleeding risk. (2,3) A recent study even suggested that such a combination, coxibs not excluded, may be contraindicated.(4)
Our search of the literature revealed that the frequency of concomitant prescriptions of anticoagulants in NSAID users in the study of Hudson et al. is much higher than in other comparable observational studies (2, 5). For example, in a recent Canadian study concomitant prescriptions of coumarin anticoagulants were given only to 5% of NSAID users aged 65 years or older, a frequency that was similar to a cohort that did not use NSAIDs.(5) The reason for such a marked difference between the studies remains to be determined. Several plausible explanations include differences in the severity of heart disease and/or the quality of medication use reporting in the source databases. The availability of appropriate therapeutic guidelines and their implementation in clinical practice might also play an important role.
Taken together, these data underscore the need for an improvement of physicians awareness of this important drug interaction.
1. Hudson M, Richard H, Pilote L. Differences in outcomes of patients with congestive heart failure prescribed celecoxib, rofecoxib, or non- steroidal anti-inflammatory drugs: population based study. BMJ 2005;330:1370.
2. Shorr RI, Ray WA, Daugherty JR, Griffin MR. Concurrent use of nonsteroidal anti-inflammatory drugs and oral anticoagulants places elderly persons at high risk for hemorrhagic peptic ulcer disease. Arch Intern Med 1993;153:166570.
3. Knijff-Dutmer EAJ, Schut GA, van de Laar MAFJ: Concomitant coumarin-NSAID therapy and risk for bleeding. Ann Pharmacother 2003;37:1216.
4. Battistella M, Mamdami MM, Juurlink DN, Rabeneck L, Laupacis A. Risk of upper gastrointestinal hemorrhage in warfarin users treated with nonselective NSAIDs or COX-2 inhibitors. Arch Intern Med 2005;165:189-92.
5. Mamdani M, Rochon PA, Juurlink DN, Kopp A, Anderson GM, Naglie G, et al. Observational study of upper gastrointestinal haemorrhage in elderly patients given selective cyclo-oxygenase-2 inhibitors or conventional non-steroidal anti-inflammatory drugs. BMJ 2002;325:624-7.

Arthritis: What to Do About Painful or Swollen Fingers