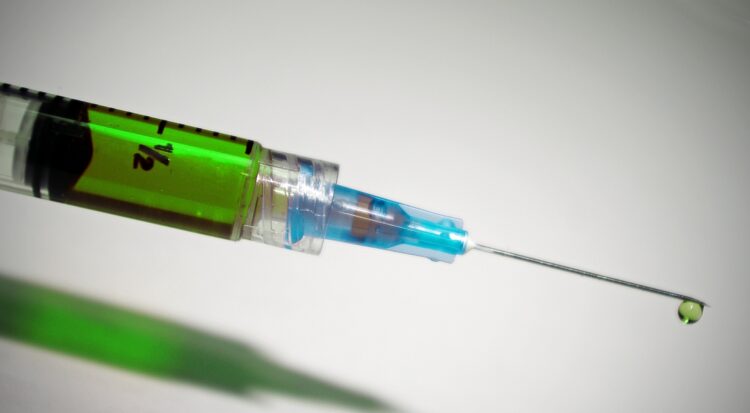 Cows milk contains over 25 different molecules, which have the potential to elicit an allergic reaction. No wonder milk is repeatedly ranked among the top eight offenders for food allergies! In fact, many doctors, scientists, and health specialists recommend going dairy free as an initial test when a food allergy is suspected.
What Exactly is a Milk Allergy?
Although they are often muddled together in conversation, milk allergies and lactose intolerance are quite different. A food allergy is identified as an abnormal and heightened response of the immune system to certain components (most notably proteins) within a food. In milk, the two leading allergy offenders are the milk proteins known as casein and whey. Casein is the curd that forms when milk is left to sour. Whey is the watery part that is left after the curd is removed. A food intolerance is when you develop symptoms after eating a food that your body can”t cope with effectively, but it does not involve an immune response.
Some scientists believe that there is only one type of true food allergy while others report studies of two, three, and even four variations of food allergies. For simplicity sake we will just note the two most commonly sited allergy categories: immediate hypersensitivity reaction and delayed hypersensitivity reaction. In immediate hypersensitivity situations symptoms may begin to appear within minutes of ingesting the offending food. Like the way your friends Aunt Martha blows up like a balloon the second she takes a bite of that chocolate bar laced with peanuts. Delayed hypersensitivity reactions have received little attention until recently, so not too much is known about them as of yet. It is believed that these types of reactions elicit a different response from the immune system than the immediate hypersensitivity. With delayed hypersensitivity, symptoms have an onset time of 6 to 24 hours after eating an offending food, tend to reach their peak at about 48 hours, and gradually subside over 72-96 hours. For both immediate and delayed reactions, symptoms may be very mild, and even go unnoticed (i.e. rash or eczema or they may be quite severe (i.e. Aunt Martha).
How Common are Milk Allergies?
It was previously thought that milk allergies occurred only in infants, and that the problem subsided prior to adulthood. Unfortunately, for many of us this just isnt so. The numbers are all over the board, but it is estimated that anywhere from 2 to 7.5% of infants have an allergy to cows milk. Studies show that approximately 60% of infants allergic to cows milk will outgrow the allergy by the age of 4, 80% by the age of 6. Bonus for those people, but this leaves up to 4.5 million people in the U.S. alone with a potential milk allergy. This is more than just a few people by our estimates. To complicate things further, it seems that it is possible for adults to develop a milk allergy with no childhood history of allergies. Another interesting fact, symptoms associated with milk allergy have the potential to morph over time. One study followed a group of milk allergic children and found that at the beginning of the study most of the children had primarily gastrointestinal symptoms (vomiting, diarrhea but by the end of the study, many had switched over to respiratory symptoms such as wheezing.
What are the Symptoms of Milk Allergies?
Similar to other food allergies, the majority of milk allergy symptoms can be lumped into three reaction categories:
Skin: Itchy, Red Rash; Eczema; Hives; Shiners or Black Eyes; Aphthous Ulcers (canker sores) Swelling of the Lips, Mouth, Tongue, Face, or Throat.
Digestive: Abdominal Pain; Abdominal Cramps; Abdominal Bloating; Diarrhea; Gas; Nausea; Vomiting.
Respiratory: Runny Nose / Congestion; Sneezing; Watery Eyes; Itchy Eyes; Coughing; Wheezing; Shortness of Breath; Recurrent colds; Sinusitis.
To the pleasant surprise of many “psychological” sufferers, current research has uncovered a fourth category of symptoms, known as Behavioral. Many doctors now believe that food allergies, including dairy, could be a direct cause of fatigue, migraine headaches, hyperactivity (ADHD irritability, night-waking, anxiety, and sore muscles and joints
As noted above, these symptoms may be mild or severe and life threatening; they could appear immediately or over a period of several days; and they may vary in response based on mild, moderate, and large quantities of milk intake.
How Do I Know if I Have a Milk Allergy?
There are many different types of clinical allergy tests available, all with varying levels of effectiveness, but many doctors are moving towards elimination diets. An elimination diet can easily identify a negative effect to a food, whether it is an allergy, intolerance, or a pure mystery, regardless of what the individual test results say. Doctors and patients are often pleased with this method as it is simple, free, highly effective, and tailored to the individual.
Can Milk Allergies Be Treated?
As with most allergies, avoiding the offending substance is the top recommended treatment.

The importance of diet in Lowering blood pressure

What Causes Us To Age?

Why Take a Vitamin?