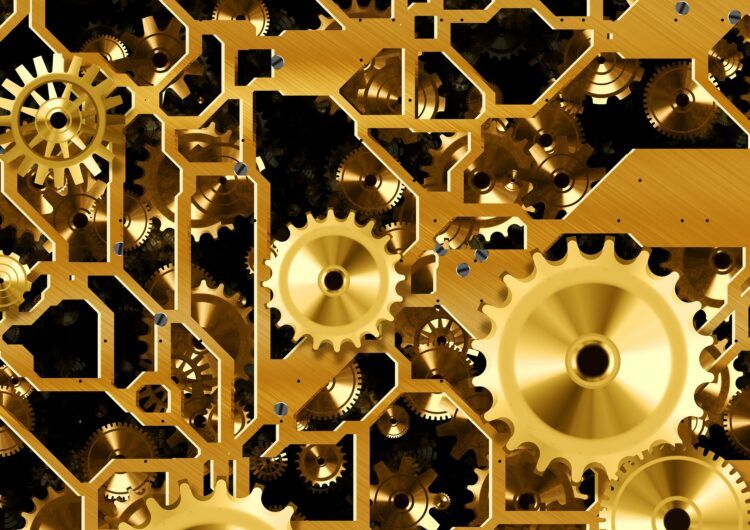 The scientific revolution that would later challenge the entrenched “truths” espoused by the Church was also largely a consequence of print technology. The scientific principle of repeatability–the impartial verification of experimental results– grew out of the rapid and broad dissemination of scientific insights and discoveries that print allowed. The production of scientific knowledge accelerated markedly. The easy exchange of ideas gave rise to a scientific community that functioned without geographical constraints. This made it possible to systematize methodologies and to add sophistication to the development of rational thought. As readily available books helped expand the collective body of knowledge, indexes and cross-referencing emerged as ways of managing volumes of information and of making creative associations between seemingly unrelated ideas.
Innovations in the convenience of knowledge and the formation of human thought that attended the rise of print in Europe also influenced art, literature, philosophy and politics.
The introduction of print material adds up to the large and rises of different fields of endeavor. Thus, the explosive innovation that characterized the Renaissance was amplified, if not in part generated by, the printing press. The rigidly fixed class structure which determined one”s status from birth based on family property ownership began to yield to the rise of an intellectual middle class. The possibility of changing one”s status infused the less privileged with ambition and a hunger for education.
Print technology facilitated a communications revolution that reached deep into human modes of thought and social interaction. Print, along with spoken language, writing and electronic media, is thought of as one of the markers of key historical shifts in communication that have attended social and intellectual transformation. Oral culture is passed from one generation to the next through the full sensory and emotional atmosphere of interpersonal interaction. Writing facilitates interpretation and reflection since memorization is no longer required for the communication and processing of ideas. Recorded history could persist and be added to through the centuries. Written manuscripts sparked a variation on the oral tradition of communal story-telling–it became common for one person to read out loud to the group.
Print, on the other hand, encouraged the pursuit of personal privacy. Less expensive and more portable books lent themselves to solitary and silent reading. This orientation to privacy was part of an emphasis on individual rights and freedoms that print helped to develop. Print injected Western culture with the principles of standardization, verifiability and communication that comes from one source and is disseminated to many geographically dispersed receivers. As illustrated by dramatic reform in religious thought and scientific inquiry, print innovations helped bring about sharp challenges to institutional control. Print facilitated a focus on fixed, verifiable truth, and on the human ability and right to choose one”s own intellectual and religious path.

Time Management and Working to Succeed

The CRM Will Give You the Customer Knowledge You Need

How To Make Extra Money With Information Products

Startup Advice: Advice from Experts to Start your own Business