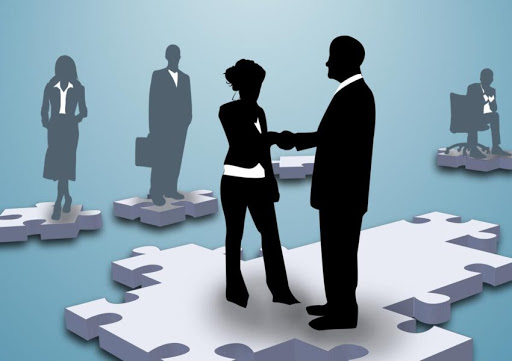 A bold title, don’t you think? I mean, change is a complex thing, so to define five reasons seems to oversimplify the issue.

Let me be clear. There are far more pitfalls than these and far more possible reasons change doesn’t have the desired effect. The key in this title isn’t “Five Reasons,” it is “Leaders Fail.” Yes, there are many variables that can influence the success of change but some of them must be owned by those leading the change.

This article will identify some of those typical failures, and while it can’t in this brief format give you all the answers, it can point you in the right direction and give you some suggested courses of action.

George knew he had to shake things up in his team. Other departments were complaining that his department wasn’t responsive or even accurate in their work at times. So he started looking for ways to improve some work processes and get the team’s attention. He held a couple of meetings to explain the situation and ask for suggestions. He even got volunteers to look at some of the work processes and got the group some help to make this happen. But deep down, George didn’t want to make these changes. He was happy with his team. He didn’t have any major problems internally and was afraid these work process reviews were going to reveal that he had people that would need to go.

George was mouthing the words of change, but he wasn’t really committed to the change himself.

Lisa had explained the case for change clearly, so she thought. She even talked to some of her VP’s and Department Heads and they agreed her message was firm, strong and hopeful. Everyone should clearly understand the reasons for this change and the steps that the organization would be taking. Three months later Lisa wondered what had gone wrong. What she didn’t realize was that successful change requires more than just great initial communication it also requires ongoing formal and informal repeating of these messages. Communicating and communicating; both for clarity and for comfort, so people really get it.

Tom got it. He really understood why this change was important. Admittedly, it took him awhile to really get on board, but once he got it, he was 100% committed. Soon he was showing impatience with everyone else, asking himself things like: Why isn’t this change happening faster? Why aren’t people on board? Why is there still resistance? Unfortunately he forgot how long it took him to really get committed. Tom made the mistake of assuming that everyone “gets it” at the same rate. It takes some people longer to become comfortable with a change. It doesn’t make them bad or dumb or lazy or unmotivated. The fact is not everyone gets on board the same day.

Want successful change? Be patient and realize that lasting change will take time.

Lois had laid out the plan. Her logic was impeccable. She had been meticulous in explaining the reasons for the change and the steps that would be taken. She described what the organization would look like when the change was complete. She has answered every question patiently and completely. And she was surprised that the change effort was falling flat. What had she done wrong? Everything she did was fine, just incomplete.

Incomplete, because Lois focused on getting people to understand the change, and this isn’t the same as accepting the change. Acceptance requires more than just the facts and figures.

Want successful change? Remember that people need more than the facts. They need to understand the change emotionally and intuitively in order to accept and embrace the change and you want acceptance, not understanding.

Mike knew he had to make a change in his organization. But he had lived through so many unsuccessful change efforts that he didn’t know if it was possible to really create meaningful change. He was committed to the change, believed in it, but didn’t know how to make it happen. He didn’t even know where to start.

Want successful change? Learn what you need to do to succeed!

The five reasons why leaders fail to create successful change:

They stop communicating too soon

They don’t present an emotional case for change

They don’t know how

Which reasons are getting in your way?

), a learning consulting company that helps Clients reach their potential through a variety of training, consulting and speaking services. To receive your free special report on “Unleashing Your Potential” go to

Marketing Tips 101 – Where Can I Get Clients From

Change in the Workplace – Don’t Fear It; Use It!

Finding the Need is Only Part of the Sale